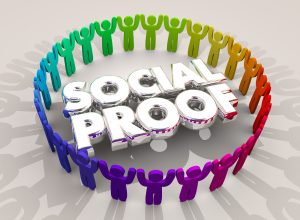 My girlfriend was watching a show similar to diners, drive-ins, and dives – typical behaviour of her to tease me with when I’m on a diet, eating chicken breast salad every meal for weeks on end. Today the show host, NAME, was in rome.

He was reviewing this wicked sandwich place. A quick search on google, and we found that it had over 20000 5 star google reviews. She added it to our “italy trip must visit food places” almost immediately.

We were in Tulum, Mexico for my girlfriend’s birthday. For her birthday dinner, we don’t know where to go. There were a ton of amazing recommended restaurants. So we looked a trip advisor for the number 1 reviewed place. It was this Japanese steakhouse with over 10000 positive reviews.

The other restaurants we had heard about were also on the list, but had a few thousand less. We ended up going to the japanese steakhouse (which turned out to be fairly average – but they had such great reviews because they essentially bribed you at the end of the meal to rate them on trip advisor.)

We went to chicago, and saw a lineup for a burger place. Turns out it was a 3.5 hour wait. The curiosity of everyone lining up made us stay… for 3.5 hours, while it rained.

I can go on and on about how social proof has influenced my decisions, and pretty much at least 100 decisions of every single human being on this planet, subconsciously or not.

Have you ever walked into an empty restaurant and wondered…

“what is wrong with this place, why is no one here?”

Or seen your favorite celebrity/influencer/role model drink a certain beverage and now you have to try it too?

The principle of social proof – coined by Robert Cialdini in his 1984 book, Influence, states that people look for cues on how to behave based on the behavior of others around them – with friends, family, and role models giving the most powerful cues.

Let’s go back to the restaurant example. When you see an empty restaurant, your brain assumes it’s not a good restaurant – because no one else is there. After all, if they served good food, people would be in them, right?

That’s social proof in its most raw form. Your brain assumes that no people in a restaurant means something is probably wrong, even if the restaurant in question has three Michelin stars.

In fact, social proof is so powerful it can even make intelligent people purposely choose the wrong answer, even if they clearly know the right answer.

Can I force you to lie?

One classic example of social proof is the conformity experiment, conducted by Solomon Asch in 1951.

Asch was a psychologist who wanted to prove that people can conform to a wrong decsion if the majority of the group chose the obvisoul wrogn answer.

For the experiment, Asch gathered 50 male college students to participate in a line judgement task. Each 7 person group was shown images like the ones below:

Each member had to state, out loud, which line (A, B, or C) matched the target line on the left. However, only one of the eight was actually being tested. That person went last during the roll call. The other seven had agreed beforehand to pick the wrong answer (B).

In 12 trials, 75% of the unknowing participants conformed and gave the wrong answer at least once. Yes, 3/4 of the time, people chose the wrong line – despite how clearly obvious it is.

After interviewing the unknowing participants, it was determined that most of them knew the answer was wrong. Yet, they still conformed for one of two reasons:

Normative influence – they wanted to fit in with the group.

Informational influence – they believed the group is better informed than they are.

It’s extremely clear how powerful social proof can be for marketers and copywriters. By showcasing the popularity of your product, service, or brand, you can subconsciously demonstrate to prospects that you are are the right choice for a lot of other people, and therefore they would be dumb not to go with you.

Why social proof is even more important for online marketers When shopping in a store, you have the ability to easily compare various brands and products to see which one you like more. You can pick up a t-shirt and feel the difference. You can run your fingers through the textured fabric. You can try them on. You can stretch them out to see their give.

Online shopping does not provide that same experience, which is why social proof is so important to help you make your final decision. Even if you like the look of a shirt, reviews can sway your opinion. If 20000 people like a product, it can’t be bad, right?

Imagine if your local GAP displayed reviews of every product they sold in the store. You probably would start to buy things differently. In fact, it’s already happening.

One study found that 50% of shoppers use their smartphones while shopping in stores to research products before they buy them – which makes mastering social proof that much more important.

Not all social proof is the same

Negative emotions like fear are great motivators to get prospects to buy. Unfortunately, that negativity doesn’t translate well into social proof. According to some studies, negative social poof can really put a damper on conversion rates.

Psychologists Steve Martin and Noah Goldstein tested this theory in an attempt to reduce theft from the Arizona Petrified Forest. They tested three signs, one with negative social proof. It read:

“Many past visitors have removed the petrified wood from the park, destroying the natural state of the Petrified Forest.”

Not only did this sign, filled with negative social proof, fail to reduce theft, it actually tripled the amount of theft. Social proof demonstrated that people were already stealing it, and it was ok – despite the attempt to bring light that it’s wrong.

It’s important to use scarcity and fear; they are powerful motivators. But if you support it with negative social proof, you’re going to run into trouble.

The biggest red flag for negative social proof is to claim that the activity in question is “wrong,” but do so by saying that lots of people are doing/have done it. For example: “This year, Californians will waste more water than ever before.”

If conversions matter, positive social proof is the only way to go.

But in the world of likes and shares, a few likes is almost worse than no likes. No likes can indicate that you are not set up for social sharing. A few likes demonstrate that you are set up for people to positively rate your product, and very few are. This can cause a lack of trust, harming conversions.

5 ways to inject high-converting social proof into your copy