WARNING! The side effects of SLS may include: being lauded at; weak bones; poor health; and–worst of all–alarmingly asymmetrical physical proportions. Reader discretion is advised. I remember almost getting kicked out of the bar like it was yesterday. My friends and I were sitting around the fire pit at the bar (yes this was a kick ass bar) rambling on about…well I don’t remember.

Slightly intoxicated, I look over to my left and spotted a bouncer. From the head up, he was absolutely jacked; bulging veins, tight abs and massive forearms.

However my eyes glazed downward (not there!) and behold…nothing. Literally, he had the legs of a long distance middle school track athlete.

Unfortunately, I blurted it out a little too loudly to my buddies. Mean looks were then followed by somewhat aggressive conversation. In the end, though, nothing really happened. We parted ways: me, with my killer physique; and him (hopefully), inspired enough to get to the gym and train some legs.

And that was the first time I begin to truly take notice of what I know call Skinny Leg Syndrome or, SLS. In the simplest terms, SLS is having disproportionately small lower body mass, relative to a well-developed upper body. While this is sometimes genetic, it’s nearly always the result of improper lower body training; and, very often, NO lower body training at all.

SLS originated from the fallacy that to have that hollywood look, big legs are out and big chests are in. While I somewhat agree with that statement, it certainly has its flaws.

First of all, the hollywood look is essentially the Vitruvian Man. The Vitruvian man for those that don’t know, is the drawing of the perfectly symmetrical man through the use of mathematics. (You can thank Da Vinci for that one!)

Now the ultimate male (or female ) body doesn’t have skinny legs and a big upper body. They have proportionate muscle, spread out over there entire body. This provides them with health, power and good looks.

So then why, in the 21st Century has leg training essentially gone to shit?

Reason #1 : Everyone Is Afraid Of Having Legs That Look Like This! Look, no matter how much legs you train, there is no scientifically possible way to end up with what I like to call, Horse legs. That requires thousands and thousands of dollars worth of drugs.

Reason 2: Squatting Is Bad For Your Knees, Back etc.

This lie refuses to die. And if you have fallen prey, do not condemn yourself because I was in your shoes for half a decade.

In 1960 a few studies showed that deep squatting stretched knee ligaments too far increasing the risk of injury. And the uprising against the squat began.

So yes, as long as you are using proper form, the squat does not put you at risk for injury. Ironically it actually helps deter it.

Frankly, unless you are in the 0.01% genetic realm of endomorph than this is a pointless argument. Simply put, if your legs are too big for your suit pants, you are most likely carrying too much fat. So go get your diet in check, get down to 10% body fat and build the body of a badass. Then we can talk. 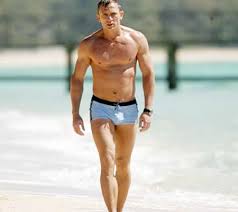 The Badass Body is proportionate, powerful and perfect. It encompasses a delicate balance of aesthetics as well as athletics. It means looking good and performing better.

So don’t compromise your health and your body by avoiding training legs. Get in the gym, use the workout below (with proper form!) and execute. And help get rid of SLS once and for all!

The most INSANE bodyweight workout

The best “super-carb” for a badass body