I am your constant companion. I am your greatest helper or heaviest burden. I will push you onward or drag you down to failure. I am completely at your command. Half the things I do you might as well turn them over to me and I will be able to do them quickly and correctly. I am easily managed – you must merely be firm with me. Show me exactly how you want something done and after a few lessons I will do it automatically. I am the servant of all great individuals and alas, or all failures as well. Those who are great, I have made great. Those who are failures, I have made failures. I am not a machine, though I work with all the precision of a machine plus the intelligence of a human. You may run me for profit or run me for ruin, it makes no difference to me. Take me, train me, be firm with me and I will place the world at your feet. Be easy with me and I will destroy you. Who am I? 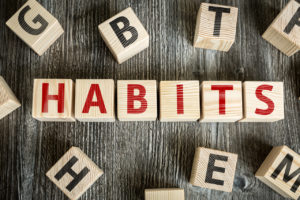 Habits control everything. Whether you are overweight, have tons of energy or have the seduction skill set of Frank Albert Sinatra in his prime, your habits created it.

The good news is that you have complete control over your habits.

The bad news is that poor habits can be pesky fuckers; leeching precious life force from your soul, day in and day out until you’re completely empty and shrivelled up like an old raisin.

So with that very vivid picture now tattooed to the inside of your skull, let’s learn to swap out the bad ones for some extraordinary ones and make life success automatic…

Let’s do some habit engineering…

The Good, The Bad And The Habit…

A habit can be defined as any acquired behaviour pattern, regularly followed until it has become almost involuntary.

Now good habits obviously have positive effects in your life – like exercising, eating healthy etc. However, Bad ones – such as smoking – can do some damage.

We form habits because our brains are constantly trying to save energy. Put simply, we are extremely lazy and want to get by doing the least amount of work. By creating an automatic loop or a habit, it frees up space for us to focus on other things that are going on in our environment at the same time.

This is why when you get into the car and start to back out of the drive way, you are able to recall that you left the stove on high and that if you don’t do something you may not have a house or a spouse to come back too.

The Cue, The Routine and The Reward…

As discussed in the phenomenal truth-bomb, “the power of habit”, a habit is created, cultivated and cemented using a 3 step loop.

Let’s take my friend Bob. Bob likes sleeping in. Don’t lie to me, I know you’ve done it too. You’ve set an alarm intentionally early so you can hit snooze a few times before needing to actually get up.

Now, on the surface it appears Bob is simply tired and wants to return to his dream of taking a blissful Nutella bath.

However if we break this bad habit down to the 3 step loop, the Cue, routine and reward, it becomes apparent how the habit is created and what we can do to break the bad one (and reinforce a good one).

By stripping the habit down to its basic parts, we can re-engineer a new, empowering habit for Bob.

Bob’s Cue – The alarm goes off. This is Bob’s initial cue. This violent jolt from sleeps sets him into his destructive pattern almost automatically now.

Bob’s Routine – Bob slaps the snooze button. This is the habit. He’s repeated the action so many times, following the alarm that it has become almost involuntary.

Bob’s Reward – Bob goes back to dreaming about mermaids giving him a Nutella sponge bath.

The hidden problem with habits…

A habit can never really be “uninstalled” but rather overwritten with a new one.

This is what gives habits the power to build a one person’s dream life while simultaneously destroying the life of someone else.

Think of habits like mushrooms. The right ones are healthy, tasty and have a myriad of health benefits. The wrong ones however can get you high as fuck or put you to sleep. Permanently.

Because some of us, may have created some less than ideal habits, let’s focus on the latter. Rewiring bad habits. 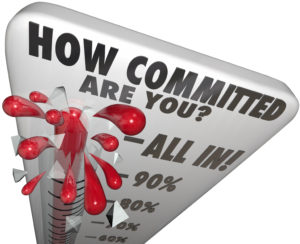 To overwrite a bad habit we need to create a new one. This requires identifying the cue, changing the routine and rewarding the new routine.

Bob likes sleeping in. Like most people, Bob had a tendency to slap the snooze until absolutely necessary. This led him to being late, feeling groggy and ultimately having an unproductive, crappy morning.

Spilling his coffee on his shirt because he’s late isn’t the reason Bob had and continues to have an subpar morning. While it may contribute, it’s certainly not the root cause.

It all starts with slapping that seductive snooze button. That’s where the bad behaviours start. It builds momentum from there, and before you know it, you have a snowball of shit propelling you through the day.

Thankfully, Bob reads. And he reads good shit. Like this article.

Thus Bob can Identify the cue, setting up his less than optimal mornings.

As soon as Bob heard the blaring alarm clock, he instinctively slapped the snooze button without thinking. This is the first and pivotal step to making his morning awful.

But what if Bob decided one morning, instead of slapping the snooze button, he would do some push ups. Or drink a tall glass of ice cold water?

Then Bob feels energized. He feels alert and in power. Bob is now taking control of his habit and making it his slave.

His mornings become dreams. Freshly brewed coffee, a nice, long and warm shower. No more stressing about being late to work. A ham, pepper, onion and four-cheese omelet to go. Unless of course he’s practicing Intermittent Fasting.

All because Bob decided to do something other than slap the snooze button that morning. He decided to engineer his habit and make success automatic.

Now habits are pesky fuckers. And while this morning, may have been awesome, should Bob not reward himself for his new routine he may find himself returning to his old, broken habits.

Thus the power of reward.

Before Bob’s reward was that he got to sleep more. Hard to top that.

But now me must think go something different. The stronger the reward feels, the faster it will cement the new habit and render the old one obsolete.

Maybe after a few weeks, Bob’s boss takes notice of his stellar performance and gives him a raise. Or maybe every night, should Bob complete his morning ritual of not sleeping in, he’s allowed some sort of small treat.

Whatever the reward may be, the important thing is that there has to be one obvious reward to reinforce the routine and habit. Without this final crucial piece to the puzzle, you can kiss your habit engineering efforts, good-bye.

It’s your turn. Bob has done it and so can you.

Make your brain your bitch. Identify one bad habit in your life and break it down into the Cue, Routine Reward.

Now create a new, empowering routine and reward for the same Cue. Practice it daily to overwrite the old bad behaviour and watch your life transform beyond your wildest dreams.